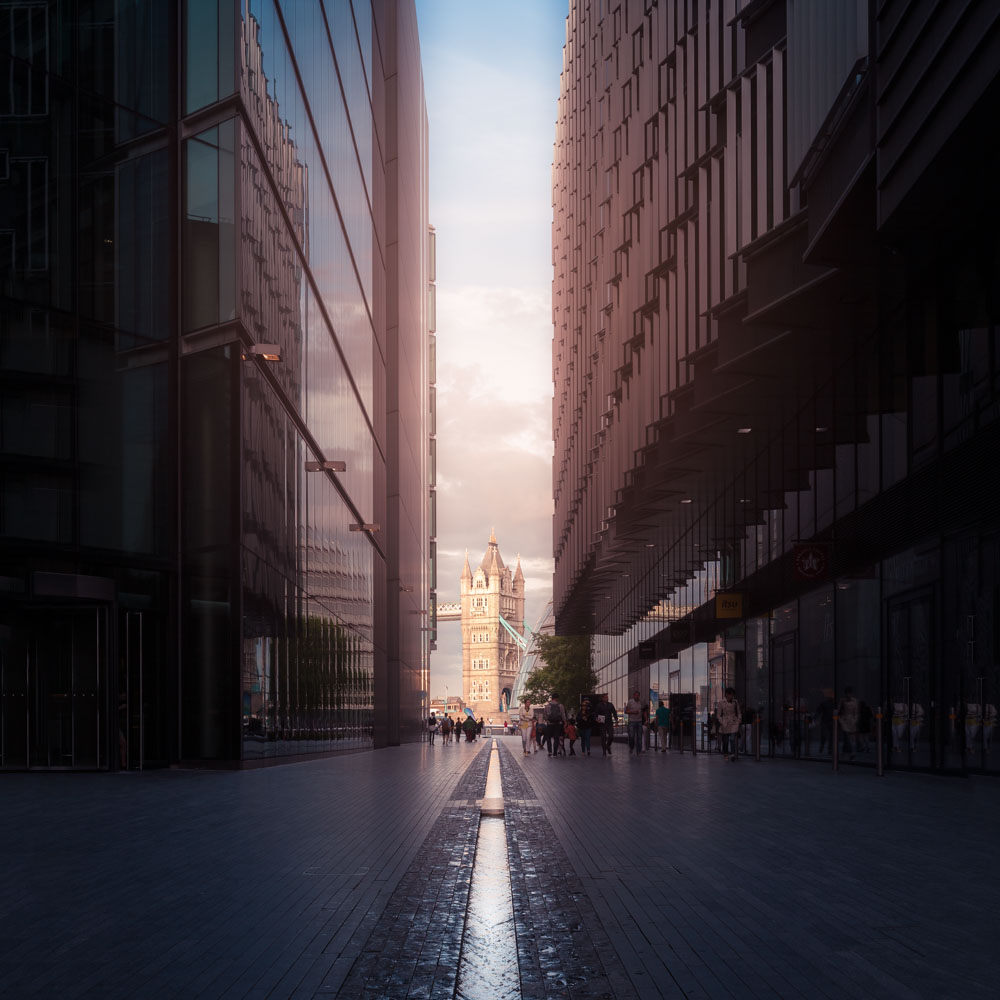 Have you ever seen photographs (typically landscape images) where the subjects in the photo have a soft and glowing look to it?

Ever since I started this blog, I have shared how I post-process my images.

The aim of this is twofold: (1) To document my journey in photography style, and (2) To share my post-processing methods in hope some may find it useful in their development too.

In this post, I’m going to show you how to create Orton effect in Adobe Lightroom (in addition to a bunch of other tips too!).

Look Up and Look Back!

This image was taken together with others while I was taking a stroll in central London during a clear evening in autumn last year.

I was heading towards The Shard. I turned to look back and saw the line on the ground, coupled with the buildings on either side and the direct view on one of the towers of the Tower Bridge. 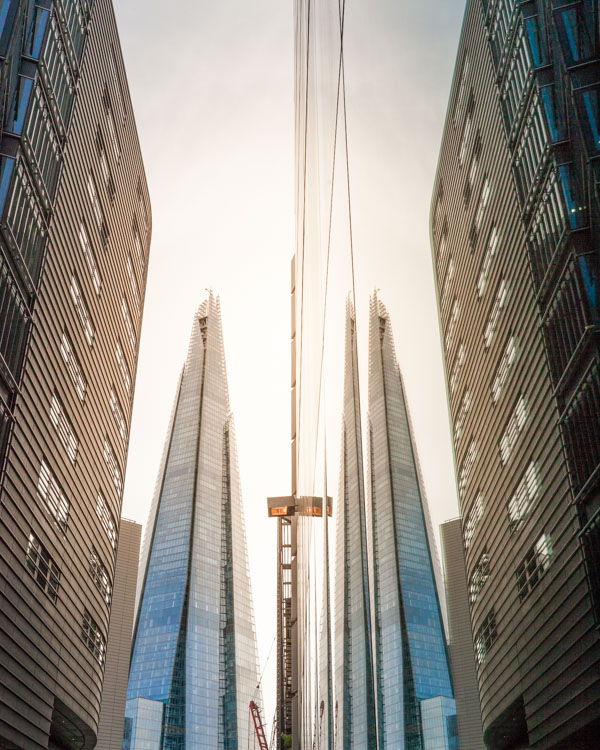 What drew my attention was the lines formed by the buildings and the ground. The view didn’t disappoint me when I looked through the viewfinder of my camera.

I positioned myself in the middle where the line was and took several vertical shots. The light wasn’t too extreme but I bracketed exposures anyway because part of the buildings were in shadow.

Looking at the histogram, I thought it would probably be ok without getting into HDR. There was some clumping of pixels in the highlights but not to the point of clipping. The midtones and shadows were fine otherwise.

First of all, there is no shame in recomposing an image with cropping.

Very often, the perception of an images changes when you see it on a different size.

An image you think has a lot of potential could turned out to be ‘meh’ when you view it large on the computer screen. I often find this amusing but never found a logical reason to it.

During the process of culling, it didn’t occur to me that this image has much potential. So I left it at the bottom of the pile.

Weeks later, I came back to it and begun to experiment a few different things. As I cropped it to square, the composition instantly became more appealing compared to its ‘as shot’ portrait orientation.

Suddenly, I had a lot of ideas running through my head. I wanted to put more attention to the center of the image where there was more light. I also wanted the light to be more intense but softer at the same time.

Through experience, I’ve learned not to be afraid to crop my images. Cropping an image doesn’t mean you’re salvaging what could have been done better in camera.

It’s great if you’ve already visualized a square composition during shooting. But if you haven’t, doing it in post-production is not a shameful thing to do! 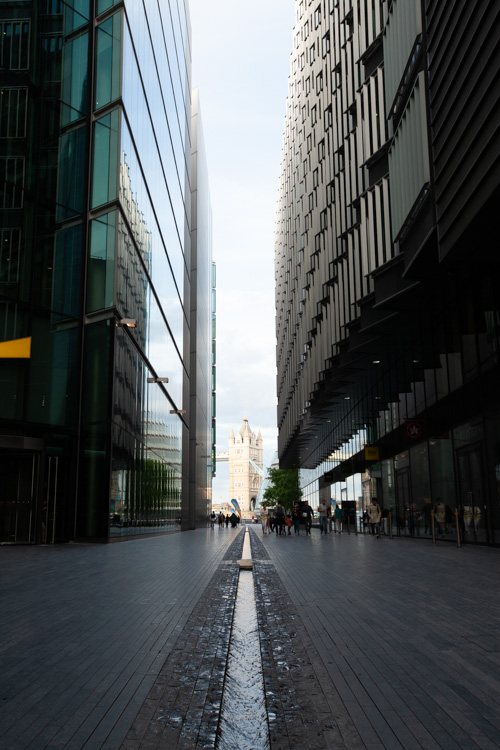 The first step for me starts in Lightroom and is always (and always) corrective editing. This means lens profile correction and removal of chromatic aberration. This is often followed by adjusting color temperature, contrast, spot removal, straightening the horizon and perspective correction. 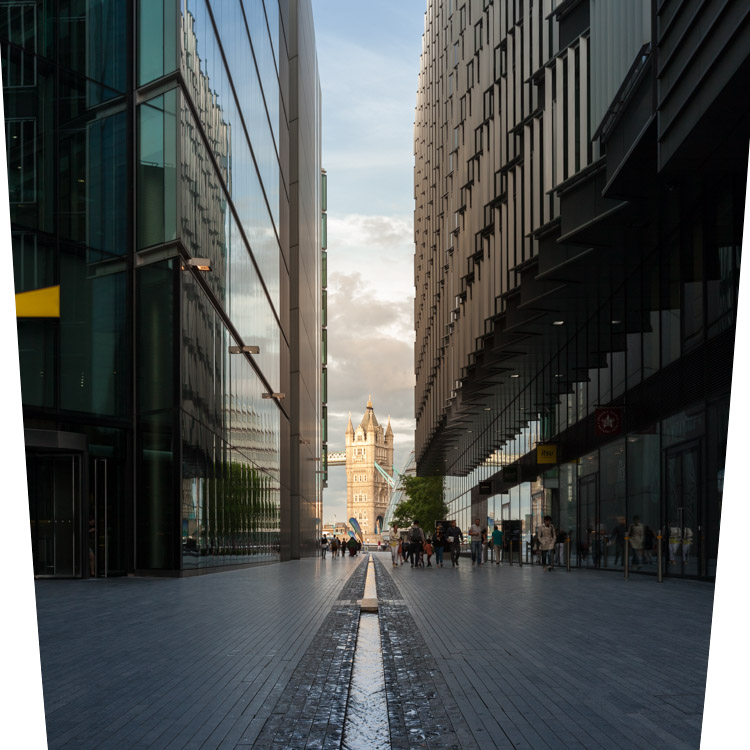 Once the vertical perspective is corrected, I was left with an image that has empty pixels on either side. This is common with perspective correction and is easily fixed.

One option is to crop the image but this could make the composition too tight depending on how much space there is. Another option is to do some reconstruction to replace the pixels.

Don’t worry, it’s not technical at all!

I exported the image to Photoshop, used the Lasso tool to draw around the area of empty pixels. Then, press Shift + Backspace and select Content-Aware from the dropdown menu before hitting OK.

Photoshop’s algorithm for content aware fill has improved significantly over the years and is something you can rely on for such job.

When To Edit In Lightroom or Photoshop?

When done, I saved the file back to Lightroom for further editing.

Some have asked: when should you edit in Lightroom and when in Photoshop?

Personally, I’d use Lightroom only if I knew I could get the results I want. But if I need more heavy or complex post-processing, Photoshop is a better tool for that. Also, if I’m in experimental mode, then Photoshop is definitely the software to use.

Directing Focus Towards The Center

If you look at the image closely, you can see crowd by the side near the center of the image. Together with the walkway on each side, these distracts the eyes from paying attention to the Tower Bridge in the middle, which is really the main subject of this image.

Below: Before and after adding graduated ND filter to each side. 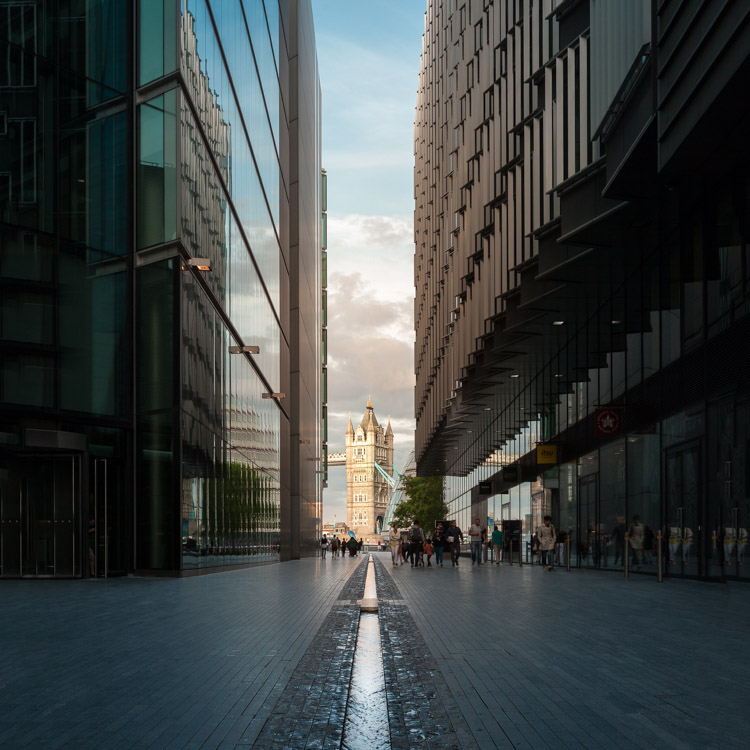 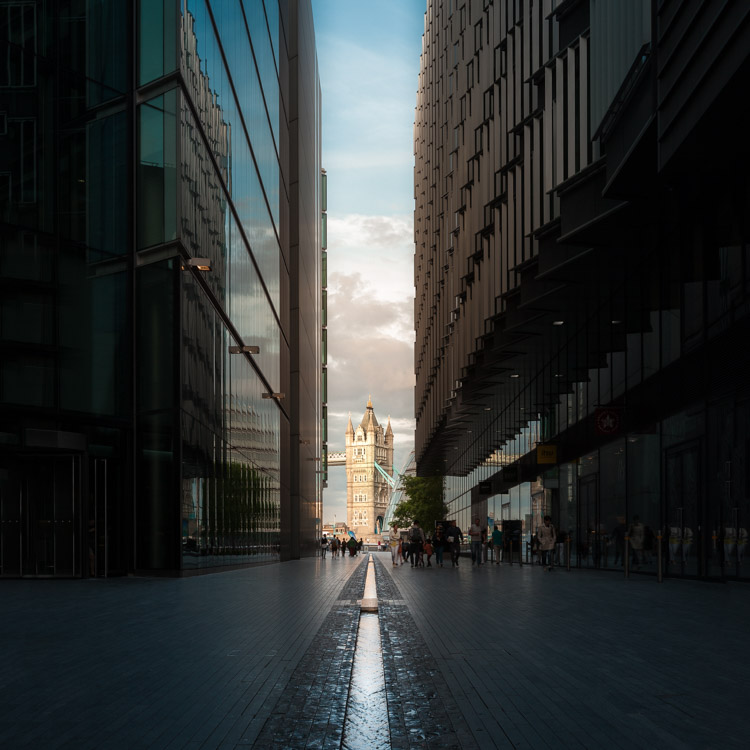 So, to conceal these distractions, I used the Gradient Tool in Lightroom to add a “graduated neutral density” filter on each side. This darkens the periphery of the image and naturally highlights the subject in the center.

To further accentuate the effect, I used the Radial Tool to increase the brightness in the middle. I also used the same tool to add the Orton effect so the light looks soft and more pleasant.

Here’s how you do it:

Use the Radial Tool to create a large circle and place it where you want the Orton effect to be. In this case, the center of the image. Now, locate the Dehaze adjustment slider and move it to the left. This adds haze - the adjustment area will look brighter and softer to mimic the Orton effect.

Below: Before and after adding the Orton effect. 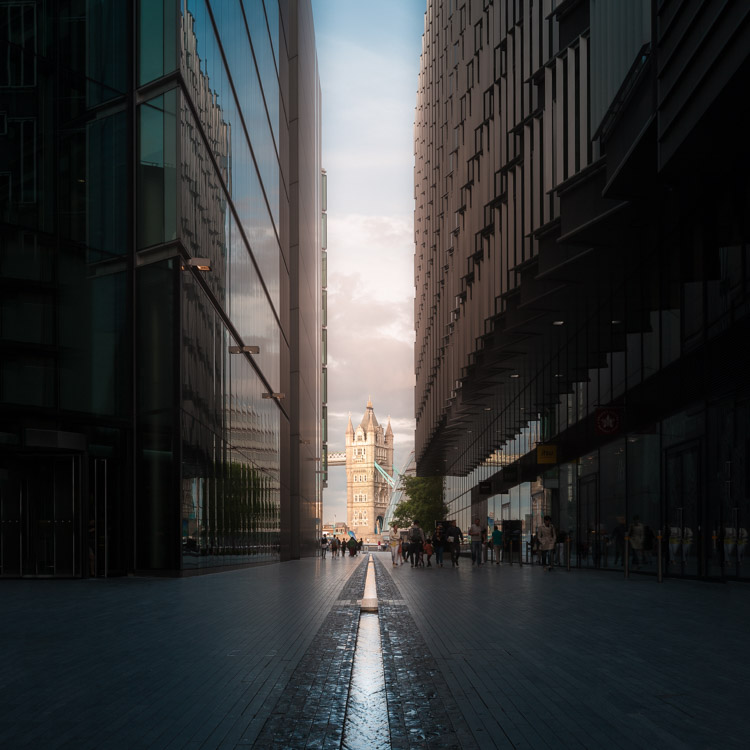 Although this photo was taken in the evening near sunset, it didn’t have the feel of an evening. During sunset, the color of the sky often turns from orange to with a tinge of pink/magenta. I wanted to add that to the image so I color grade it by reducing the saturation of yellow/orange and added a tinge of magenta.

Below: Before and after color grading the image. 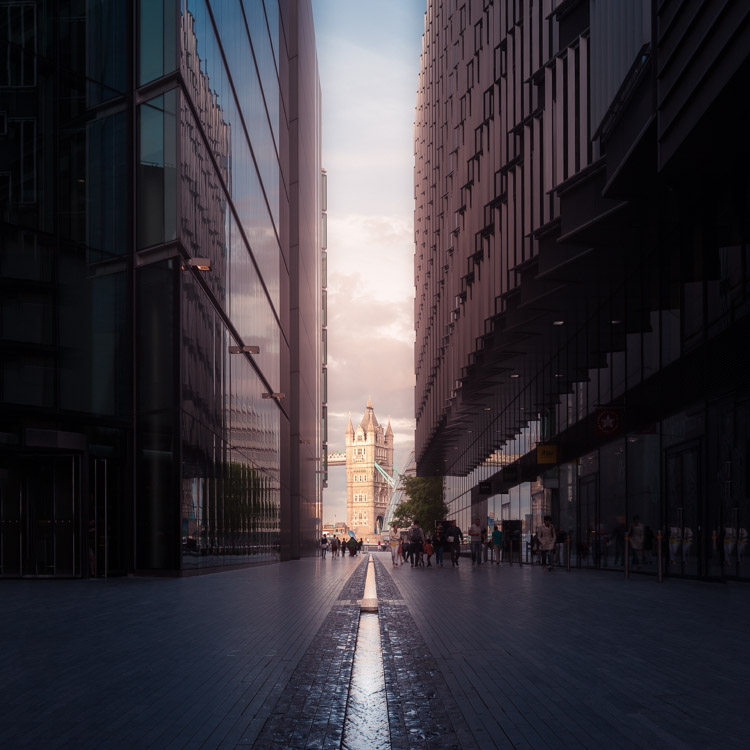 I thought I was happy with how it looked at this point so I saved a copy on my desktop. I came back to it the next day and felt the colors were a bit too saturated.

Back in Lightroom, I reduced global saturation but increased the color temperature in the center of the image. At this point, I was really happy with how it looks so I uploaded it to my Instagram!

Below: Before and after final post-processing.

...and getting out of your comfort zone often lead to unexpected surprises (the good one!). In a way, this also helps you to develop as a photographer and an artist!

If you want to pick up more tips and tricks in image editing, head over to the tutorial section to explore more!