Grungy HDR images are becoming less favorable nowadays. Although the internet is still full of these images, people are becoming more aware and gradually moving away from it. Instead, natural looking HDR is the new trend and should be the way forward in HDR photography.

Even Photomatix Pro 6, one of the earliest HDR software has options to create realistic looking HDR images in its latest version. 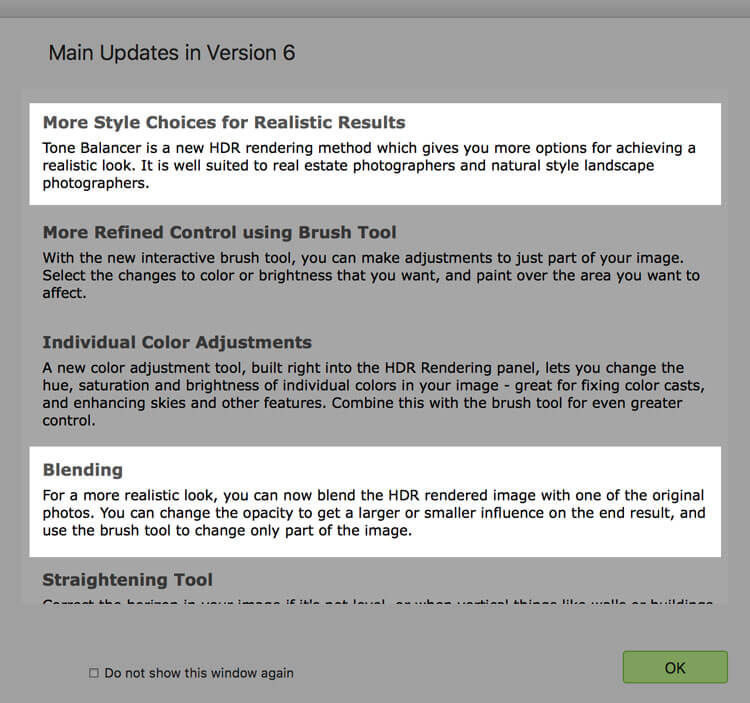 Whether you use HDR software or exposure blending, you can end up with grungy HDR if you go overboard with post-processing. A general rule of thumb is to always go easy with any adjustments.

Before I move on, I just want to clarify that not all grungy HDR are bad. In my opinion, there are two types:

Artistic grungy HDR has the wow factor, depending on the type of image and who you show it to (I'll show some examples later). Horrid grungy HDR is a sore in the eye and should be avoided at all costs. The latter is what we’re going to talk about here.

In this post, I’m going to show you what makes an HDR image grungy.

After doing years of grungy HDR and seeing other examples, I've noticed these six features that often appear in every grungy HDR images.

The 6 Features of Grungy HDR

What exactly labels an HDR image “grungy” or “overcooked”?

These features are elements you can identified in an image. It’s often the first thing you notice that makes you scream grungy HDR in your head.

Without further ado, let’s have a look.

When you mess around with the lighting effect too much, particularly in HDR software, you’ll end up with areas that suppose to be bright darker and vice versa. This effect might look amazing on first sight because you can suddenly see details in the shadows and the highlights which you couldn’t previously. 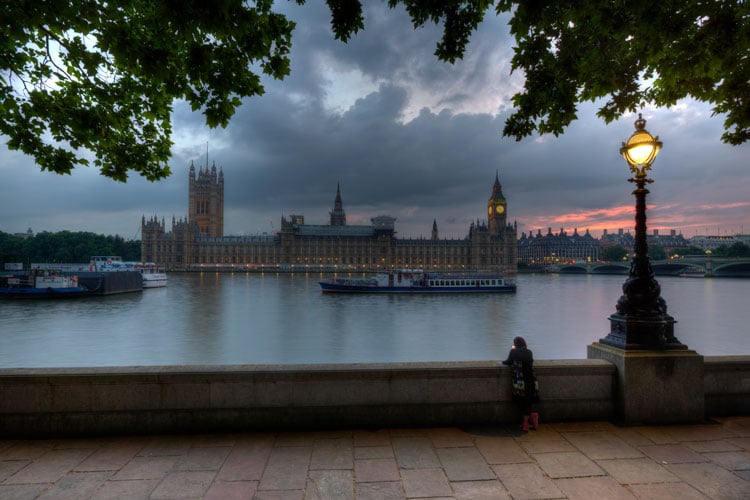 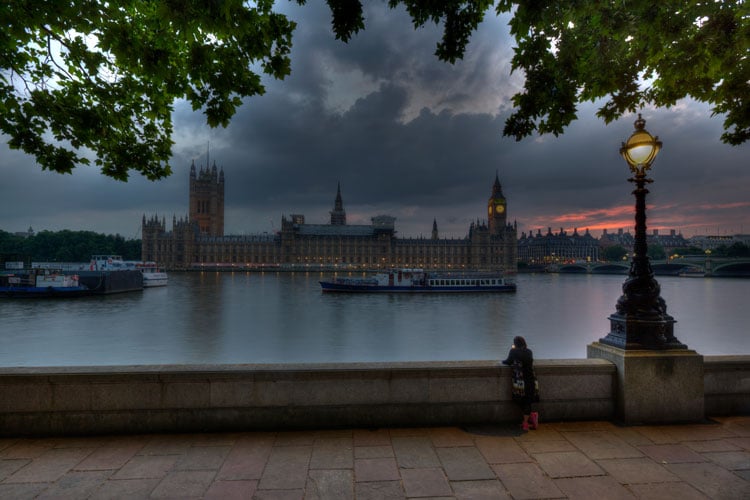 But the fact is, your image looks bizarre, lack of contrast and unnatural. For the untrained eye, people know there’s something not quite right but just can’t put a finger on it.

As this is a global adjustment (meaning it affects the entire image rather than part of it), you’ll have to either redo the merging/blending or choose a more subtle lighting effect.

Halo in HDR is typically a rim of bright tone (can be darker tone too) that runs along the edges where the brighter part of the image meets the darker part. When it’s obviously, you’ll notice it right away because these lines look as if it's glowing. 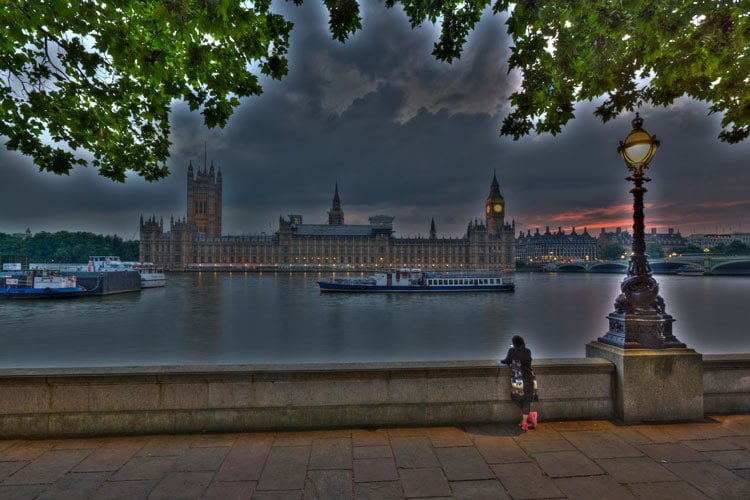 Severe halo due to lighting imbalance

When adjusting the lighting effect as we have discussed in the first point above, halo is what happens when you go full throttle on surrealism. It can also happen when the image you’re blending is not aligned properly or your selection is not good enough.

The commonest kind of halo you'll actually see is subtle halo. It’s typically in HDR images that are aiming for the natural look but too much local tonal adjustments were applied.

In HDR software, dial down the lighting effect or lighting balance until halo disappears. In exposure blending, make sure you auto or manual align the images before you blend. If the halo persists, try this in Photoshop: (1) Add a new layer, change blend mode to Darken. (2) Select the Stamp tool, sample the immediate area next to the halo and paint the halo off. (3) If there are noticeable hard edges from where you've painted, apply Gaussian blur.

How we judge whether an image is overly saturated is subjective. For that reason, an overly saturated HDR image can be a difficult one to spot. This is particularly true for the photographer behind the HDR image.

Highly saturated images may look appealing initially because it attracts attention. But it takes a lot of effort for the eyes to keep engagement and soon it will feel exhausted. Oversaturation tends to occur more frequently in images created with HDR software.

One thing I found when you oversaturate images created with HDR software is that the clouds have a purple color cast. I’ve seen this in mine and other HDR images on the web.

Personally, I prefer to merge bracketed images with exposure blending because it doesn’t tamper with the saturation of the source images. Also, as part of my workflow, I revisit images I’ve just edited hours or days later to see if I still like the aesthetics or I should fine tune the adjustments.

Excessive Contrast In The Clouds

We perceive clouds as white. Very often it can reflect color from the sun and therefore look golden or pink, depending on the time of the day. Clouds can also have shadows when part of it is shaded from direct sunlight.

When you combine multiple exposures in HDR software, the process of tone-mapping very often causes shadows to be darker and highlights to be brighter. This inevitably increases the contrast and makes the clouds look “dirty”. 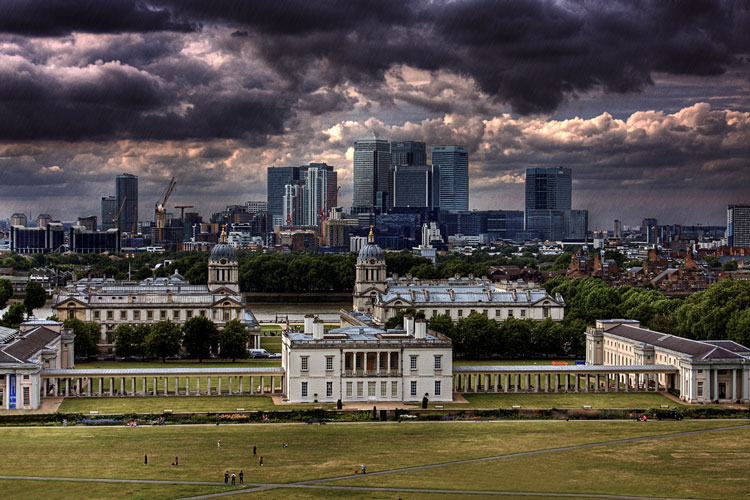 Combining this with the color cast due to oversaturation, the sky becomes purplish dirty. It gets worse when you apply further tonal adjustments that affects the whole image.

Apply subtle adjustment to the “strength” and contrast during tone-mapping. Another tip is to avoid “Detail Enhanced” (in Photomatix)) or cranking up midtones contrast. Alternatively, blend in the sky from one of the bracketed images or post-process the entire image with exposure blending.

Hyperdetailism, as I call it. You see every single detail in all the subjects. For example, clouds, water, rocks, the air...maybe? I’m not talking about sharpening but excessive detail exaggeration.

It’s a bit like watching high definition TV where you can see all the skin imperfection on the actors and actresses’ face.

This is a common issue with HDR software where the images tend to have details enhanced. It is also the reason why HDR images have excessive image noise particularly in the blue color channel. It's because of the tone-mapping algorithm, although some software are better than others.

If the HDR software you use has the option for smoothening (e.g. Photomatix has micro-smoothing), use it. It will get rid of some unnecessary details in areas like the sky. My preferred way of avoiding this is to blend the exposures manually.

As I was saying earlier, there are two types of grungy HDR and if you were to do it, make it an art.

Not everyone enjoys this type of HDR and you can’t pull it off in all HDR images. Personally, I find structural images have the most potential to be processed into artistic grungy HDR. For example, buildings, architecture or interior. 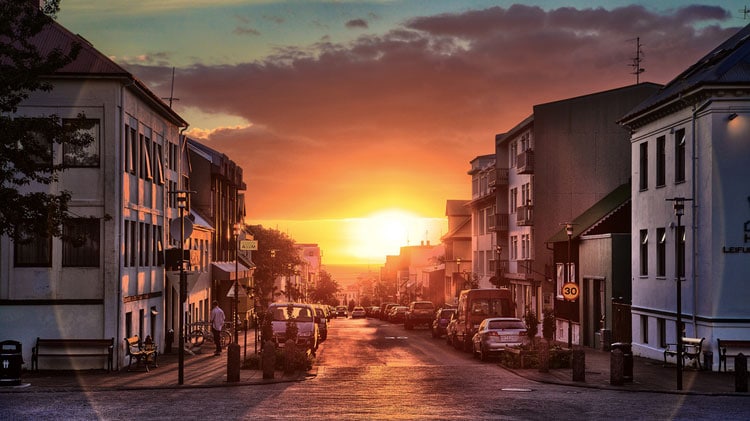 Artistic grungy HDR typically has two elements - high saturation and lots of details. I did some search on the internet and found this tutorial to be most relevant to what I’m describing.

Bear in mind that there is a thin line (a very thin one!) between artistic and horrid grungy HDR. Judging where that line is will always be a matter of personal preference.

Blending Is Better Than HDR Software 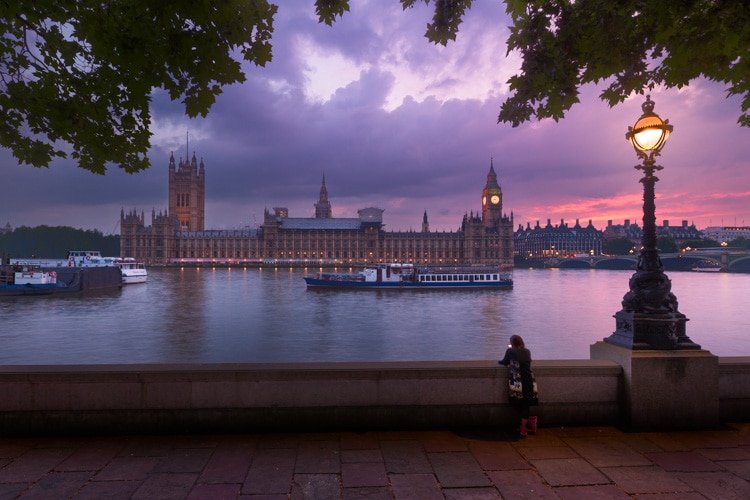 3 exposures, blended in Photoshop and post-processed in both PS and LR

I started doing HDR photography with HDR software but am now using only exposure blending in my workflow. I’ve personally tasted the good/bad of both and I really think digital blending should be how we choose to create HDR images.

The number one reason is having full control over our image instead of letting software to decide for us. This solves a lot of issues, including every single one I mentioned in this post.

If you’re a HDR shooter and leaning towards natural looking HDR, I urge you to explore exposure blending if you haven’t. The effect and aesthetics of the image created with blending is far superior than that of HDR software.

For more tutorials on HDR photography, don't forget to check out the HDR resource page!